Every author likes to sneak little details and inside jokes into their work and mine is no exception. Here is a list of some of the Easter Eggs I hid in TERRA SOUL. Be warned some of these are SPOILERS. 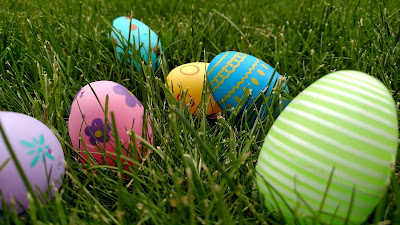 Justin's "It's A Mutant Thing" t-shirt is inspired from a similar shirt worn by a character in the ALL NEW X-MEN.

The Beyz' landlord, Mrs. Colletta, is a reference to my mother, who constantly had her name mispronounced "Colletta" growing up.

I'm horrible at making up names so instead I modify real ones. All the Karani names, except for Corala and Malliger, are based on traditional Turkish names.

The redacted curse words ($#^*!) are used in comic books to represent the same. I thought it super clever to use them in TERRA SOUL.

The story of Justin's mother is inspired by Army Spc. Monica Lin Brown who earned the Silver Star shielding wounded comrades after a roadside bomb struck one of the vehicles in her convoy on April 25, 2007.

The Karani loop-tailed coats are inspired by the fashions of the early 19th century.

The Soul Drinkers are partly inspired by the Spider-Man Symbiote.

Tarver's reference to "Karanikish" is taken from a critique session I had early in the writing of Terra Soul in which a reviewer took offense with the word Karani and thought that it should be said Karanikish.

The Karani use modified Turkish for the Old Tongue.

The Karani way of greeting each other with the cardinal direction they face is based on an actual Australian language where knowing your orientation is critical.

In the chapter "Shadows" Justin refers to a Soul Drinkers blow as "hitting with the force of a charging titan." a reference to my current favorite video game--and a game I imagine Justin would have played--Destiny.

All the Colorado Springs landmarks referenced in the story are actual places, except for Ayla's house, Falconman's and Peregrine's Nest.

The ugly red and gold paisley curtains are a reference to similar ugly curtains that hung in my living room when I was writing TERRA SOUL.

Megan and Ayla's "literally / figuratively" exchange is a refrence to the vastly inappropriate and hilarious show Archer.

Megan's sword is also a reference to the Richard Sharpe character. It is a pattern 1796 Heavy Cavalry saber.

Most of the details about Cheyenne Mountain Air Force Station are accurate, including the closet labeled SGC, a reference to the show Stargate.

The musician Rachel Zylstra whom Corala references in "Epilogue" actually composed and performed the music for TERRA SOUL's book trailer.